Last year, Apple launched its own chip M1 to the world's attention, so Apple gradually get rid of the dependence on Intel. Perhaps because it saw the M1 chip development momentum is good, recently there are rumors that Google also began to develop its own ARM chip.

According to Nikkei Asia, three people familiar with the matter have revealed that Google is developing a CPU chip based on ARM architecture, mainly for laptops and tablets running ChromeOS, with a target release date of 2023. 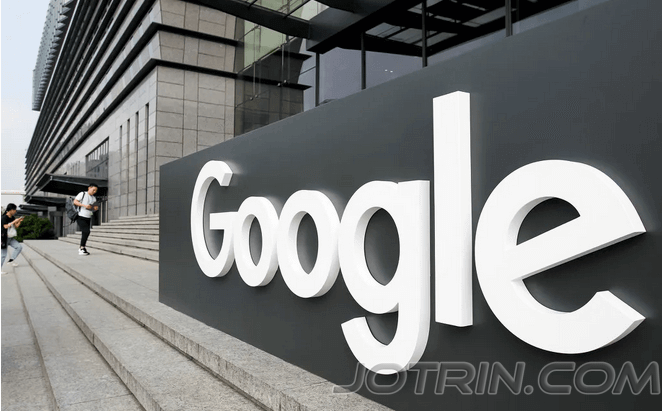 In recent years, Google's Chromebooks have dominated the school market because of their low price, ease of maintenance, and the convenience of direct bundling with Google services, giving them an edge in sales. ChromeOS is also eating into Windows' market share, and according to an IDC report earlier this year, ChromeOS has surpassed macOS to become the second largest desktop operating system behind Windows.

But like Apple's previous Macs, most Chromebooks are now powered by Intel's low-cost x86 chips. While there are some Chromebooks running on ARM chips from MediaTek and Qualcomm, and Nvidia provides ARM-based Tegra processors, Intel is still the biggest winner overall.

There was nothing wrong with this situation, after all, that's how Google has always been, but last year Apple's M1 chip broke the surface of this harmony.

We all know that Apple's own chip road did not start with the M1, earlier there is also used for the iPhone A series of chips, and whether it is mobile or PC chip, Apple has made great achievements, but also to get rid of the long-term dependence on Intel, which will inevitably make other technology companies eye and follow suit.

"Google is inspired by Apple." Two people familiar with the matter said to the Nikkei Asia. This means that after Google has developed its mobile chip Tensor, it should do what Apple did next - build an ARM chip exclusively for Chromebooks.

2. From mobile to PC

In early August, Google CEO Sundar Pichai tweeted out the mobile chip Tensor, which Google's team has been working on for four years, and called it "the greatest innovation in the history of the Google Pixel series": the Google Pixel 6 and Google Pixel 6 Pro, which will be released this fall, will be equipped with Google's own Tensor chip for the first time instead of the Qualcomm chip.

Although several media outlets have speculated that the Tensor chip still has some distance to travel in terms of performance compared to Apple's A-series chips, Google has said that the Tensor chip will make the Google Pixel 6 and Pixel 6 Pro the fastest, smartest, and most secure Pixel phones to date.

Since the Tensor chip as a mobile chip is ready to go, then according to Apple's pace, the next focus of Google may be to benchmark the M1 PC chip.

As mentioned above, the situation of Chromebooks relying on Intel's x86 chips has not yet revealed its huge drawbacks and has not developed to the point where it has to change, but the success of Apple's M1 chip has suddenly provided Google with another option: to develop its own chips to get rid of its dependence on Intel.

Moor Insights Strategy analyst Patrick Moorhead said: "In general, many companies have seen Apple make huge profits from the sale of devices, so I think they should all be more or less envious. Then if competitors see that Apple is making its own chips and tailoring them for some specific experiences, naturally they'll want to catch up."

But it's clear that this is not something that can be done just by talking about it. It will take a lot of investment and a huge risk tolerance if it is to be fully successful.

It's true that it's not as hard to develop chips based on ARM architecture as it used to be, but as Patrick Moorhead says: "The cost advantage will only become apparent when the number of chips reaches tens or even hundreds of millions. And to compete with AMD or Intel, chip makers also need to invest at least billions of dollars in capital expenditure to the foundry in order to obtain advanced production capacity."

In this regard, Tiras Research analyst Kevin Krewell also agreed, he believes that Google is also eager to have the ability to custom chips: "Google is looking for custom chips optimized for its applications, people could not in the past in Intel as desired, but now can be used to build custom chips ARM cores have changed the situation ."

Google has not yet responded to this news, but if it is true, Intel will once again be in crisis.

Intel, a global leader in the semiconductor industry and computing innovation, works with many technology giants to provide chips for them. But in recent years, with the "core" lineup is expanding, before Apple's own research M1, followed by rumors that Microsoft will also be put into the "enemy camp", and now Google may also start chip independence, Intel's situation can be described as difficult.

But the cause of the situation may also lie in Intel itself: in TSMC, Samsung has been competing for 5nm chip market, began to move towards the 3nm chip era, has been called by users "toothpaste" Intel is still stuck in the 10nm stage.

But at the end of July this year, Intel announced the most detailed process technology and packaging technology roadmap ever, as well as a series of underlying technological innovations, responsible for Intel processor technology development Sanjay Natarajan also boldly put: "We believe that Intel will recapture the chip performance crown in 2025! "

Therefore, the development situation of the chip market is not yet clear, Huawei, Apple, Amazon and other companies have come down to the field of chips also brings unlimited possibilities, everything is still unknown.

Nächste: What is the relationship between embedded and IoT?