The Security MCU for IoT Applications

As IoT technology continues to make our lives more comfortable by networking smart devices to achieve greater intelligence, protecting the information stored and transmitted by these devices is becoming increasingly important. Embedded MCUs are at the heart of IoT-based products, and choosing the right MCU is key to meeting our customers' needs today and in the future.

This paper highlights the key security features required for MCUs to provide developers with a solid foundation for designing secure IoT systems. 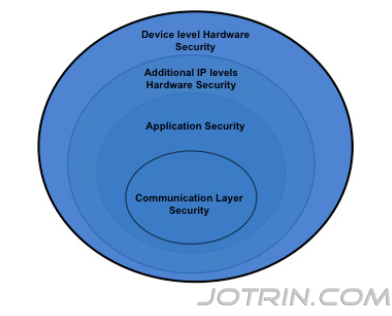 Embedded MCUs that use flash memory to store firmware can utilize a secure boot process to ensure that unauthorized users cannot modify the firmware code. The secure boot protects the system by adding cryptographic checks to the boot process and can be implemented in various ways, including digital signatures, trusted flash loaders, encryption of boot files, etc. Application firmware authentication is an important part of Secure Boot.

The root of the trust code is in the ROM code and, therefore, cannot be modified. The root uses AES-CMAC message authentication to authenticate the flash boot code stored in the Supervisory Flash Memory (SFlash).

Upon successful authentication, control is passed to the Flash boot code. Flash boot is now part of the chain of trust in the secure boot process.

The Flash boot code uses a digital signature to authenticate the user application stored in the main flash memory.

Upon successful verification of the digital signature, control is transferred to the application.

The secure boot uses ROM routines to authenticate user data in the flash memory. Secure boot is a process involving encryption that allows IoT devices to begin executing authenticated and therefore trusted software. This ensures that the system is powered on from a known trusted state.

For many IoT applications, security is just one consideration that must be balanced with energy efficiency, reliability and low cost. In many cases, a hardware-based approach provides the most efficient, reliable and cost-effective way to ensure security.

Hardware consumes less power than the equivalent software approach using a host processor. Another issue with software-based security is that by using integrated circuits to protect the system without hardware-based security, IP can be stolen. This is just one reason MCUs for IoT applications have sophisticated integrated hardware security features such as encryption blocks, code protection IP and other hardware-based mechanisms. 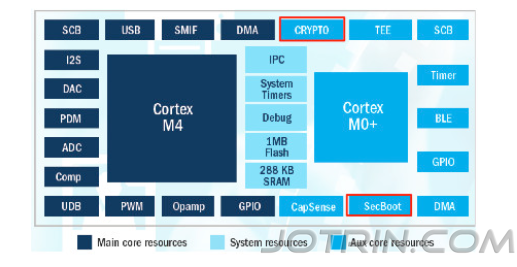 Hashing is an algorithm that accepts data of any size and converts it to a fixed length. The main difference between hashing and encryption is that hashing is irreversible.

SHA is a series of cryptographic hash functions that are used to secure data. SHA consists of per-bit operations, modular additions, and compression functions. This function takes a message of arbitrary length. It reduces it to a fixed-length residue or message digest after performing a series of mathematically defined operations, which guarantees that any change in the message will change the hash value. 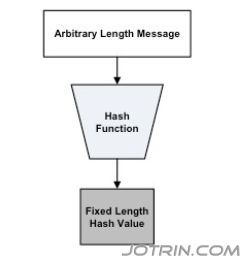 The MAC scheme uses the key with the message. The recipient must know the key in order to calculate the MAC value. This helps the receiver of the message verify that the sender of the message has a shared key and that anyone without the key has sent or changed the message.

A highly secure system will utilize true random numbers rather than pseudo-random number generation. Currently, few MCUs offer hardware-based TRNG. in some applications, PSRNG may be preferred, so MCUs with both TRNG and PSRNG offer the greatest flexibility.

IoT systems require more and more memory to support better intelligence and applications. MCU vendors are careful to provide the optimal level of internal memory because chip size increases based on memory, driving up costs. MCU suppliers offer the option to expand memory from external sources to meet the growing demand for memory size.

This helps IoT designers to design the memory size of their choice based on application requirements. However, this poses the challenge of protecting sensitive code and data stored in external memory and ensuring access only by authenticated users. 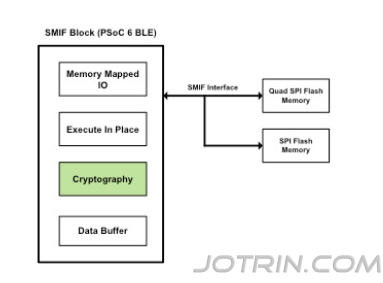 SMIF Execute in Place (XIP) mode. This is where the encryption component supports dynamic encryption for data writes and dynamic decryption for data reads. This ensures that no sensitive data leakage occurs when data is encrypted before it is stored on an external storage device. 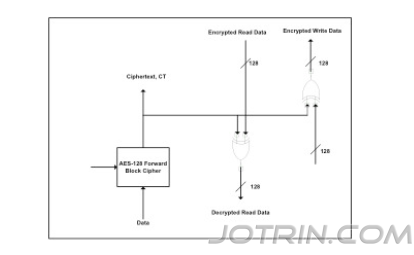 Example of MRI in XIP mode

Bluetooth Low Energy (BLE) is one of the most popular wireless standards for IoT applications. IoT designers must ensure that data communication over the wireless link is secure.

BLE radios must also be designed to support these BLE security features provided by the BLE protocol. Enhanced encryption and authentication will allow only trusted users to track device locations and confidently pair devices.