Fast sort is a sorting algorithm developed by Tony Hall. It takes Ο(n log n) comparisons in the average condition to sort n items. In the worst case, Ο(n2) comparisons are required, but this is not common. Quick sort is usually significantly faster than other Ο(n log n) algorithms because its inner loop can be implemented efficiently on most architectures.

Fast sort uses the Divide and conquers strategy to divide a serial list into two sub-lists.

1. Pick one element from the series, called the "benchmark" (pivot), and

The bottom case of recursive is when the series size is zero or one, i.e., always sorted. Although the recursion continues, the algorithm always exits because, in each iteration, it puts at least one element in its last position. 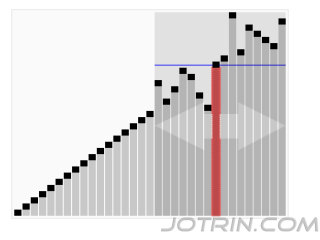 Heapsort is a sorting algorithm that uses a data structure like a heap. A heap is a structure that approximates a complete binary tree and satisfies both the properties of a heap: i.e., the key or index of a child node is always less than (or greater than) its parent node.

The average time complexity of heap sort is Ο(nlogn).

3. reduce the size of the heap by 1 and call shift_down (0) to resize the new array of top data to the corresponding position 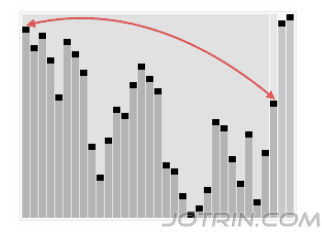 Merge sort (translated from Taiwan) is an efficient sorting algorithm built on the merge operation. This algorithm is a very typical application of the Divide and Conquer method.

1. request a space whose size is the sum of the two sorted sequences, which is used to store the merged sequence

2. set two pointers, the initial position of which is the starting position of the two sequences already sorted

3. compare the elements pointed by the two pointers, select the relatively small element to be put into the merged space, and move the pointer to the next position

4. repeat step 3 until a pointer reaches the end of the sequence

5. Copy all the remaining elements of the other sequence directly to the end of the merged sequence 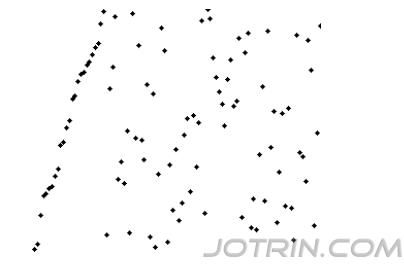 The BFPRT algorithm solves the classic problem of selecting the kth largest (kth smallest) element from a sequence of n elements. Through clever analysis, BFPRT can guarantee that the worst-case scenario remains linear in time complexity. The idea of the algorithm is similar to that of the quick sort, but, of course, the five algorithm authors have made a subtle treatment to make the algorithm achieve the time complexity of o(n) in the worst case.

2. Take each group's median and any sorting method, such as insertion sort. 3.

3. recursively call the selection algorithm to find the median of all the medians in the previous step, set to x. The case of an even number of medians is set to pick the small middle one.

4. Use x to partition the array, set the number of less than or equal to x to k, the number greater than x that is n - k. 5.

Termination condition: n=1, the returned is the i-smallest element.

Depth-First-Search (DFS) is a kind of search algorithm. It traverses the nodes along the depth of the tree and searches the branches of the tree as deeply as possible. When all edges of node v have been explored, the search goes back to the starting node of the edge where node v was found. This process continues until all nodes accessible from the source node have been found. DFS is a blind search.

Depth-first search is a classical algorithm in graph theory. Using a depth-first search algorithm, the corresponding topological sorting table of the target graph can be generated, which can be used to solve many related graph theory problems, such as the maximum path problem, etc. The heap data structure is generally used to assist in implementing the DFS algorithm.

2. traverse the graph depth-first, starting from the unvisited neighbors of v in turn; until all vertices in the graph that have paths to v are visited.

The above description may be abstract, so let's take an example.

Then, step back to the vertex you just visited and see if any other neighboring vertices have not been visited. If so, visit this vertex and proceed with a similar visit as before; if not, go back one more step and search. The above process is repeated until all vertices in the connected graph have been visited.

The breadth-First-Search algorithm (BFS) is a graph search algorithm. Simply put, BFS starts from the root node and traverses the tree's nodes (graph) along the width of the tree (graph). The algorithm aborts if all nodes are visited, and BFS is also a blind search. The BFS algorithm is generally implemented with the aid of a queue data structure.

2. Take the first node from the queue and check if it is the target.

If the target is found, end the search and return the result.

Otherwise, add all its direct children that have not been checked into the queue.

3. If the queue is empty, the whole graph has been checked - that is, there is no target in the graph to search for. End the search and send back "No target found." 4. 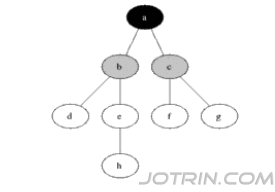 The input to the algorithm contains a weighted directed graph G and a source vertex S in G. We denote the set of all vertices in G by V . Each edge in the graph is an ordered pair of elements formed by two vertices. (u, v) means a path connected from vertex u to v. We denote the set of all edges in G by E, and the weight function w defines the weights of edges: E → [0, ∞]. Thus, w(u, v) is the non-negative weight from vertex u to vertex v. The weight of an edge can be imagined as the distance between two vertices. The path's weight between any two points is the sum of the weights of all the edges on the path. Given that there are vertices s and t in V, Dijkstra's algorithm finds the path with the lowest weight from s to t (e.g., the shortest path). This algorithm can also find the shortest path from a vertex s to any other vertex in a graph. Dijkstra's algorithm is the fastest known single-source shortest path algorithm for directed graphs without negative weights.

2. choose a vertex W from T whose distance value is the smallest and not in S, and join S

Repeat steps 2 and 3 above until S contains all vertices, i.e., W=Vi 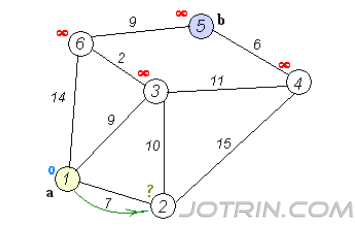 The basic idea behind dynamic programming is very simple. To solve a given problem, we need to solve different parts of it (i.e., subproblems) and then combine the solutions of the subproblems to solve the original problem. Often, many subproblems are very similar, so dynamic programming attempts to reduce the computational effort by solving each subproblem only once: once the solution to a given subproblem has been computed, it is memorized and stored so that the next time the same subproblem solution is needed, the table can be consulted directly. This approach is particularly useful when the number of repeated subproblems grows exponentially concerning the input size.

The most classic problem in dynamic programming is the backpack problem.